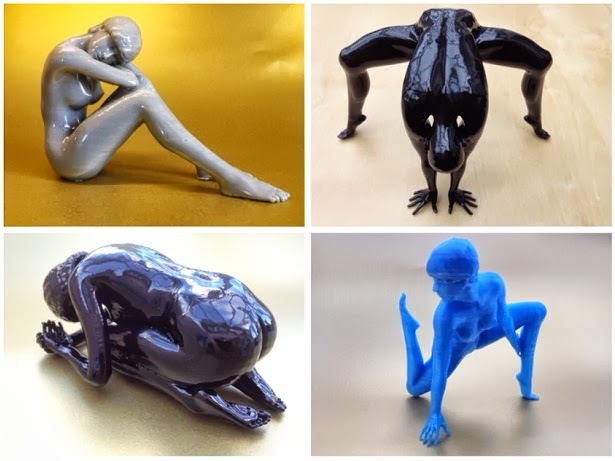 Well, I said I would start a new model when I hit the 50,000 views mark and it's happened. I was inspired by this photo of Eléa Joly by Antoine Tyce and so created a pose closely based on the original. 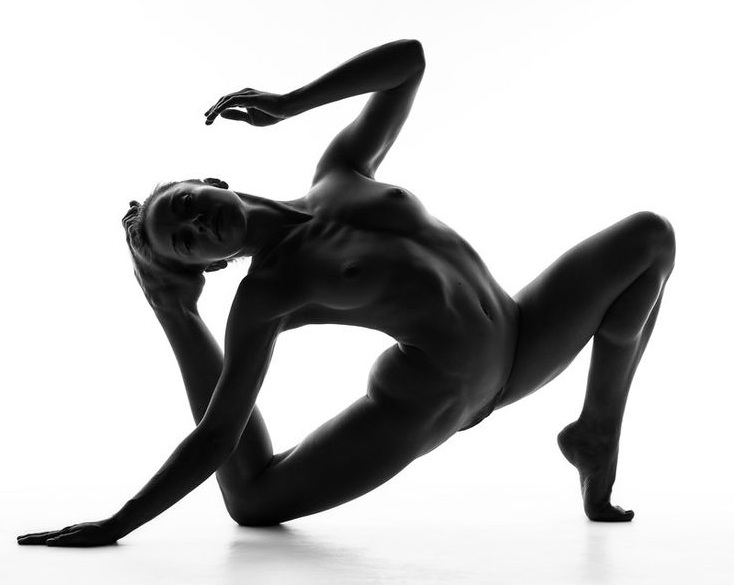 The really big news this time is that HiveWire3D have released a new version of their Dawn model which has far better handling of extreme joint positions. And best of all, Dawn SR2 is fully licensed for 3D printing (non-commercial, personal use without an additional license). This means that I can now legally use my own 3D printers to print posed models.

The enjoyable part for me is working out how to pose the model in a realistic, but still printable, way, that looks both interesting and unusual but still natural and anatomically correct. I chose to move the left hand downwards to make printing easier and to allow me to scale the model up a bit larger inside the printable volume of my largest printer. Placing the left hand on the right thigh seemed natural and ensured a printable outcome.

Making the resulting meshes printable is now just a minor chore that usually takes less than an hour to complete. Simplify 3D does a great job of generating just the right amount of support material so that the undersides of surfaces are printed as cleanly as possible. I still like to print at 0.1 mm resolution so that as much of the detail is preserved as possible. The print ran for 30 hours without a hitch and looks great.

Here are some photos and a video of the print before and after the support material was removed. I have lightly sanded the undersides in preparation for my first attempt at painting a model. 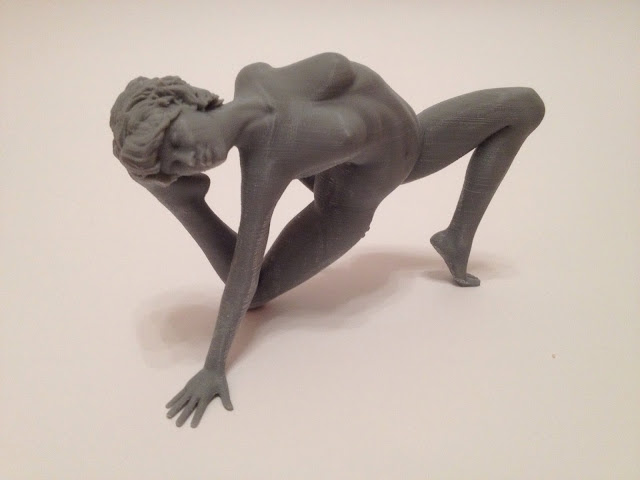 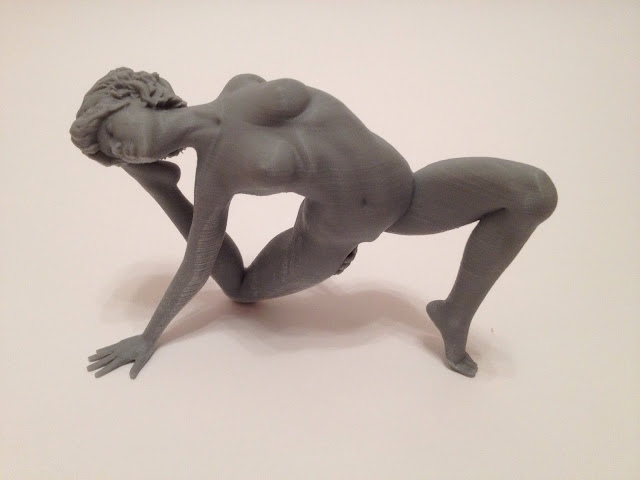 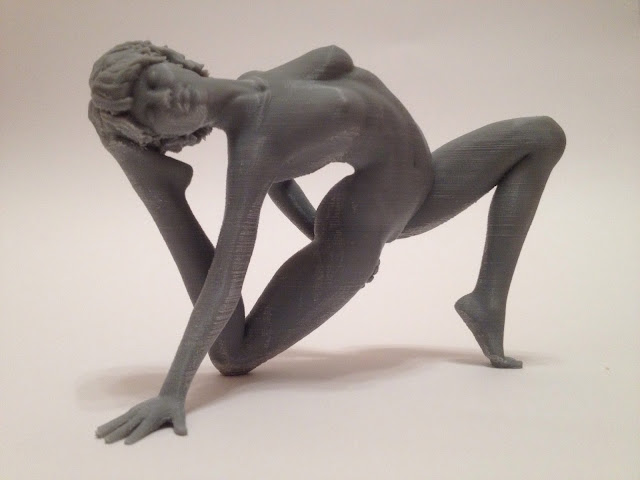 And now here is the model painted.
I used a matte black spray paint as an undercoat and then used a dry brushing technique to apply a metallic bronze acrylic paint. 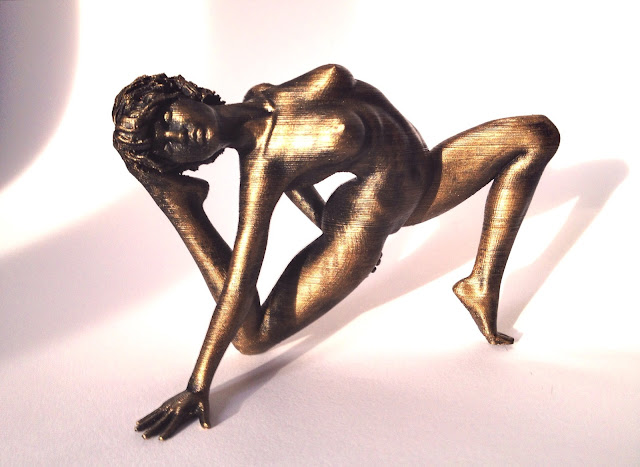